And the winners are …

Cape Town, 17th February 2015 – During October and November 2014, as part of the continent-wide Wiki Loves Africa Competition, people from across the African continent took photographs that related to food production, sales and consumption in their country and submitted them to Wikipedia’s media repository Wikimedia Commons.

The competition became an unprecedented visual celebration of the universality of food and the diversity of traditional and contemporary cultural practices across Africa. WikiAfrica at the Africa Centre is proud to announce the winners of the Wiki Loves Africa Competition that were selected by an international group of Wikipedians, photographers and food professionals.

First prize has been awarded to Terrence Coombes from Tanzania who submitted the photo Nutmeg Ready. 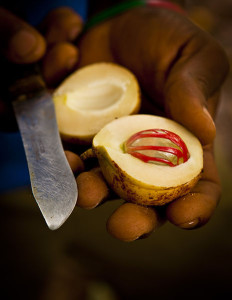 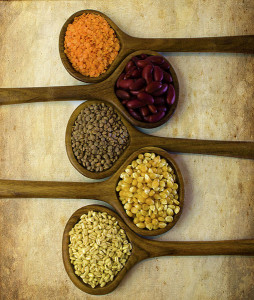 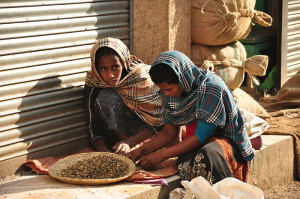 The Community Prize is yet to be decided. The selection process asks for the Wikimedia community to judge their favourite photograph and will take place over the next 7 days. Community members from Wikipedia, Wikimedia Commons and social media related to Wikimedia projects will choose their favourite image from the top 20 images (link: http://bit.ly/19o9o9E). Community members can vote on the page, on the Facebook post or by including the following: #communityvote http://bit.ly/19o9o9E #wikilovesafrica #[the number of choice] in a tweet.

By the close of the competition, 6,116 images were entered by 873 unique contributors from 49 countries. Countries with the largest number of contributions were Ivory Coast, Ghana, Tunisia, Uganda, Egypt, Morocco and South Africa. There were local teams on the ground in Côte d’Ivoire, Ghana, Egypt, Ethiopia, Malawi, South Africa, Tunisia, Algeria and Uganda. These country teams, made of volunteer groups, hosted twenty seven on-the-ground events that related to the contest. We were also pleased to see enthusiastic response and high participation levels from countries such as Nigeria, Kenya, and Tanzania that did not have local events in those countries.

The Wiki Loves Africa entries were judged by a panel of experts from across the continent and beyond. The panel included Africa Melane, Carianne Wilkinson, Habib M’henni, Paul Sika, Pierre Beaudoin, Pierre-Selim Huard, and Mike Peel.

The prizes for the winners are:

The Wiki Loves Africa Competition invited entries from across the African continent of media – photographs, video or audio – that illustrated a particular theme. All entries were donated to Wikimedia Commons with the intention of being used to illustrate relevant existing articles or as a basis to begin new articles on Wikipedia and other project websites of the Wikimedia Foundation. The images donated are also available for use on the internet and beyond, under the Creative Commons license CC BY SA 4.0.

Under the Cuisine theme, the 2014 contest called for photos, videos or audio of the diverse types of cuisines from across Africa. The theme accepted photos that encompassed the “foods”, “dishes”, “crops”, “husbandry”, “culinary art”, “cooking methods”, “utensils”, “food markets”, “festivals”, “culinary events”, “famine food” and any other issues that are related to cuisine on the African continent.