One of the goals of the UN’s Millennium Goals, to be achieved by 2015, is that all children of school age, from anywhere in the world, are able to complete primary education. Globally, approximately 69 million children of school age do not attend school. Almost half of them (31 million) are in sub-Saharan Africa. Although primary school enrolment in the region reached 89% in 2008 (up from 83% in 2000), the current pace of progress will not achieve the Millennium Goals’ target by 2015. 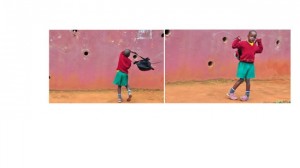 The online and offline Wikipedia are being increasingly used as a tool for education, but the challenge remains that the current content available on Wikipedia does not answer the curriculum needs of students, teachers and parents in Africa. This was highlighted by the experiences of Wikimedia Kenya in 2011-2012. Embarking on an offline schools project, they found that Wikipedia lacks the necessary documentation for learners. Further, Wikipedia does not fulfil the requirements of their curriculum in the different languages that are used for teaching on the continent.

The *Primary Project aims at making available on Wikipedia the information necessary to complete the cycle of primary education in the languages used by the different education systems. This will improve access to the documentation necessary to obtain the primary school qualification by allowing students, families and teachers to find it on Wikipedia (offline, online and via mobile phones) along with information that responds directly to curriculum-based questions.

The *Primary Project aims to contribute to universal primary education, in particularly in Sub-Saharan Africa. The project aims to:

The WikiAfrica Primary School Feasibility Study was developed in 2012 in the frame of WikiAfrica with the support of volunteers and the lettera27 Foundation. The Primary School Feasibility Study evaluated the possible synergies between Wikipedia and primary school with a focus on the linguistic editions of Wikipedia and their use in primary education in Africa, current Wikimedia projects, OER-Open Educational Resources and case studies on the primary schools systems and current relevant projects in the field of education in Italy, Cameroon and South Africa.

WikiAfrica Cameroon promoted by doual’art with the support of Orange Foundation has been implementing a pilot project around Wikipedia and primary school (2012-2013).

*Primary was conceptualised by Iolanda Pensa. The project is currently being implemented by SUPSI – The University of Applied Sciences and Arts of Southern Switzerland and the University of Cape Town. Partners in the Primary are WikiAfrica at the Africa Centre and Wikimedia CH. Partners are established within the frame of the Wikipedia Primary School SSAJRP programme. See more information about the project in a presentation by Iolanda Pensa on Wikipedia Primary School at Wikimania 2013.