By the 16th April 2013, the number of images that has been posted by the doual’art hosts of the WikiAfrica Space in Cameroon. The images that reveal Douala and its public art now number an astonishing 2,000 donations to Wikimedia Commons.

The images can be browsed all the images in the category doual’art  or  you can find them in specific categories such as artists, public art, the SUD Salon Urbain de Douala, and the neighborhoods of Douala. This documentation is impressive not only for its potential use on Wikipedia, but because it offers all sorts of scholars the opportunity to have a better look at Douala with content which can be used, reused and updated. 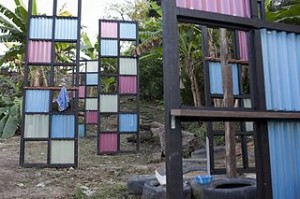 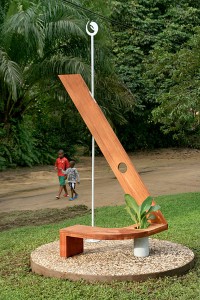 Sandrine Dole, dear goddy, 2012. Commemorative furniture in tribute to Goddy Leye in wood, steel, concrete. Production/installation: Cameroon. Self initiative with personal and institutional donations and in partnership with ArtBakery 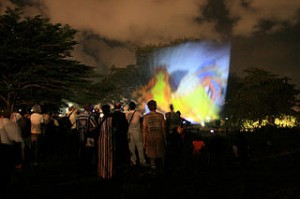